I just wrote the last post like 2 seconds ago. Trying to catch up because TERM 2 STARTS TOMORROW! YAY! I’m going to write a post about my first term recap and my teacher tonight also. Holy moly. But first:

This was a haaaaard assignment. This term we learned about skulls and basic human anatomies and the like. I know where eyes go (mostly) and ears and noses and junk. I can map a face like a pirate maps his treasure. BUT I haven’t been taught how to draw the dang nose. Or eyes. Or anything.

So I winged it. Wung it? What’s the past tense of Wing? I Wanged it (nailed it). 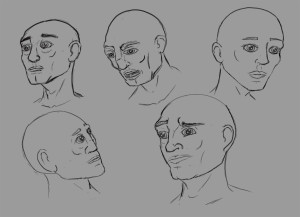 Obviously flawed. Ugh. Look at those gargoyles. A big part of the issue was the eyes. Remember I said I mostly know how to map them? Well turns out eyes don’t sit ON the face. They sit IN the face. Obviously everyone in the world knows that except me when it comes time to draw it. If I actually traced the entire eye balls on those faces they’d be sticking out of their cheeks. Bad work this week, Michael. Bad.

I also drew hands. Reference ones and imagination ones. 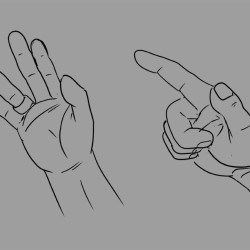 I draw fat fingers. I’m mostly happy though with what I did. The first reference photo was such a stupid choice. It looked funny from the start and even worse when I started drawing it. My teacher pointed out that it was photoshopped and the thumb was moved out of joint. Ugh. Sabotaged.

And finally I had to do more architecture stuff. Blam: 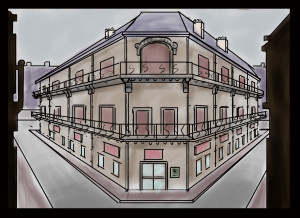 My teacher, Tom, said the perspective was dead on so I was totes happy. BUT the rendering was pointless. The shadows were too light to really matter. It took me hours to draw this silly building and in 15 minutes he coloured it up with shadows and reflections and just made it look amazing.

Anyway this was my very last assignment of the term. Term 2 class starts in 15 hours!