Remember that time I complained about how hard Paintovers are?? It basically just happened. Two posts ago. (About 20 minutes ago, for me).

I had to make an interior as a paintover. And I was going to do better! I’ve been so disgusted with my last few assignments that I even wondered if Concept Art was really what I wanted to do for a living. BUT OF COURSE IT IS!

So I found a neat photo of a room for a base and I started to draw over top. After a few thumbnails I decided on this:

You can see the original image, both the image and sketch, and finally the sketch on it’s own. An apartment on a space station or a space ship. Complete with hologram computer and jellyfish tank in the back corner. 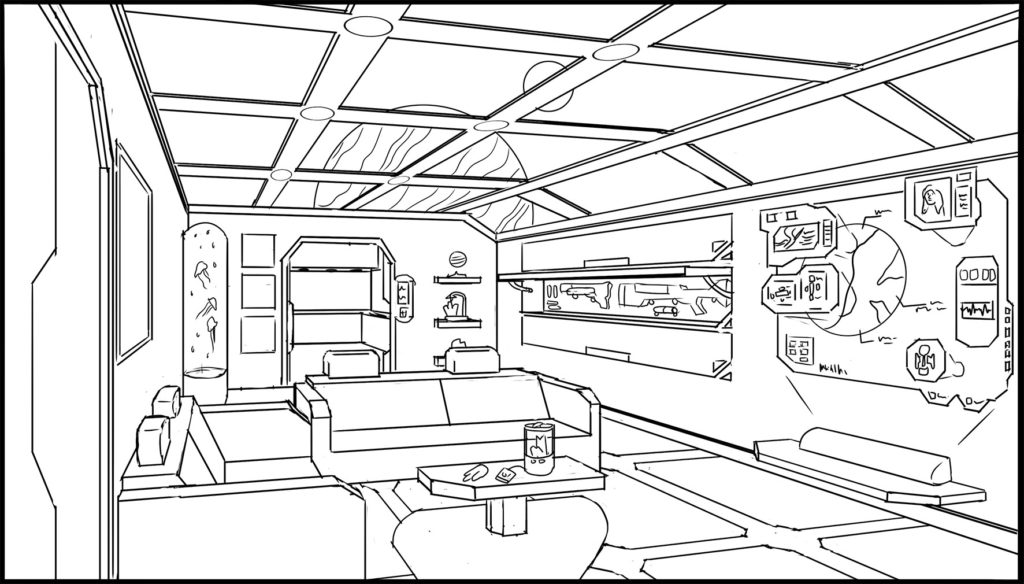 This was the first line art I had done in a very long time that I didn’t hate. The perspective was right and the level of detail was higher. I had wanted to do other details like a butler robot but I decided to do less and do it better. Plus I find the emptier room seemed more ultra-modern.

I wanted to really emphasize the computer in the corner so I zoomed way out and using a soft brush I did just the values. Light parts that I wanted to stand out and dark everywhere else. 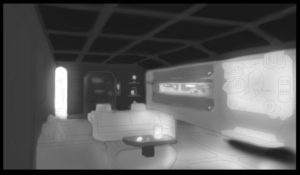 Then I used that as a base to do clean values. 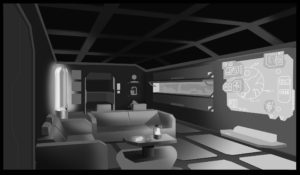 I was pretty happy with it… until I went to colour it. 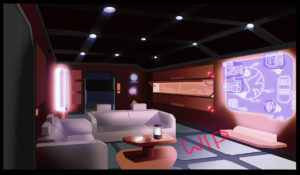 Eek. I knew I wasn’t near done colouring it but that screen was killing me. Every time I tried to fix it things got worse. It didn’t look high tech at all. One of the focal points of the image because it’s worst feature.

I completely redid it and I was so glad I did. For once I didn’t hate the final image as much as I normally do. 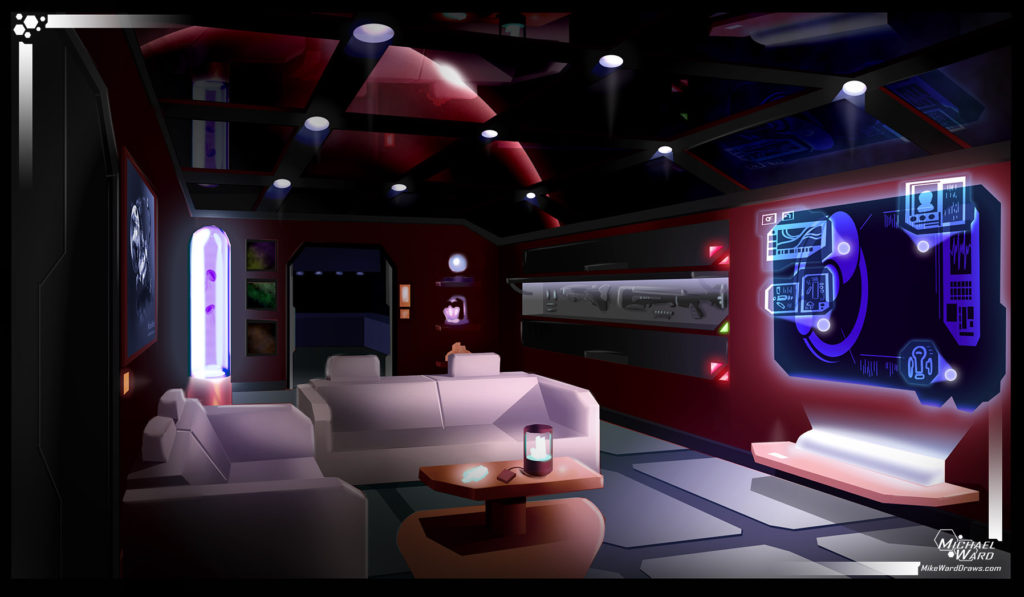 Of course this image was way late by the time I handed it in. I would have fixed the values on the couch and changed the way the room was reflected on the glass ceiling. I also would have added texture. Right now everything is smooth and made out of plastic instead of all the brushed metals and ceramics that I wanted.

Perhaps this one I can fix up for my portfolio. Hmmm.