Finally got a good chunk of my assignment done. This week I have to do some thumbnails and explorations of different creatures. Isn’t that just the broadest assignment ever? It’s awesome. Adrian taught me a really cool way to go about it too. For my design board instead of just pictures of creatures I should just do pictures of neat stuff. Anything that inspires me. 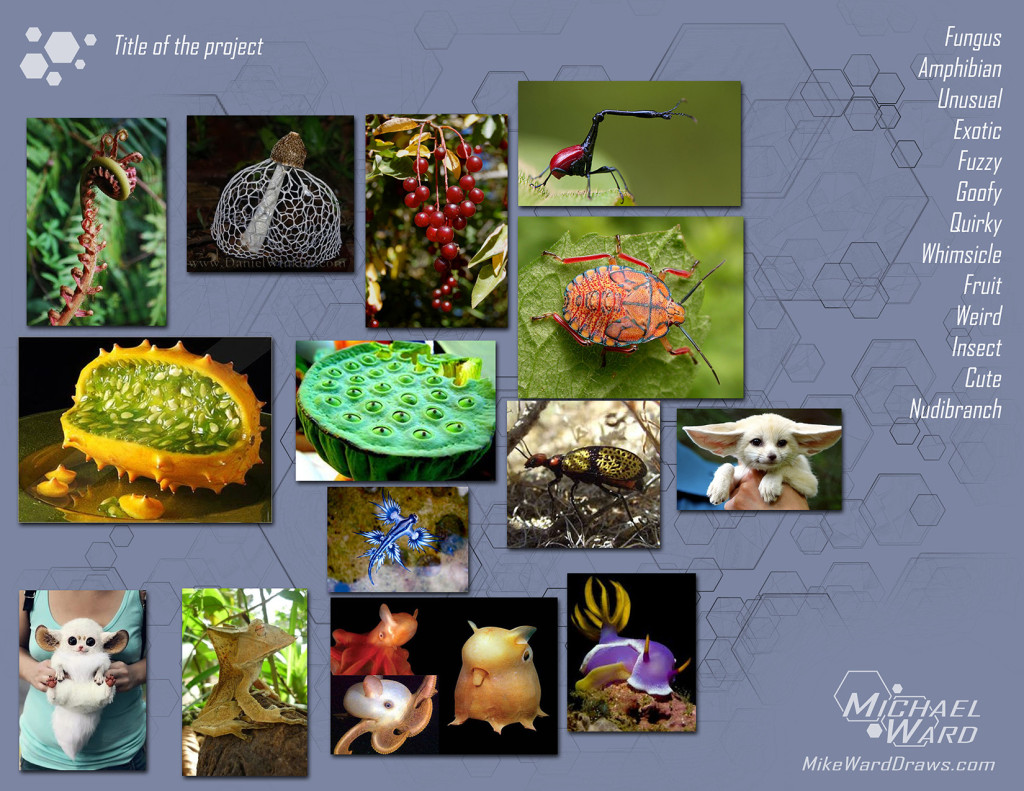 And then I just grab an image and use it to guide my creature. And it’s not tracing, either.

See? That’s like a flower or something. A creepy awful flower that probably kills you but still just a flower. And I made a doofy slug AND a monster guy. It’s not supposed to be a finished artwork. Just lots of drawings to decide what I want the finished piece to look like. 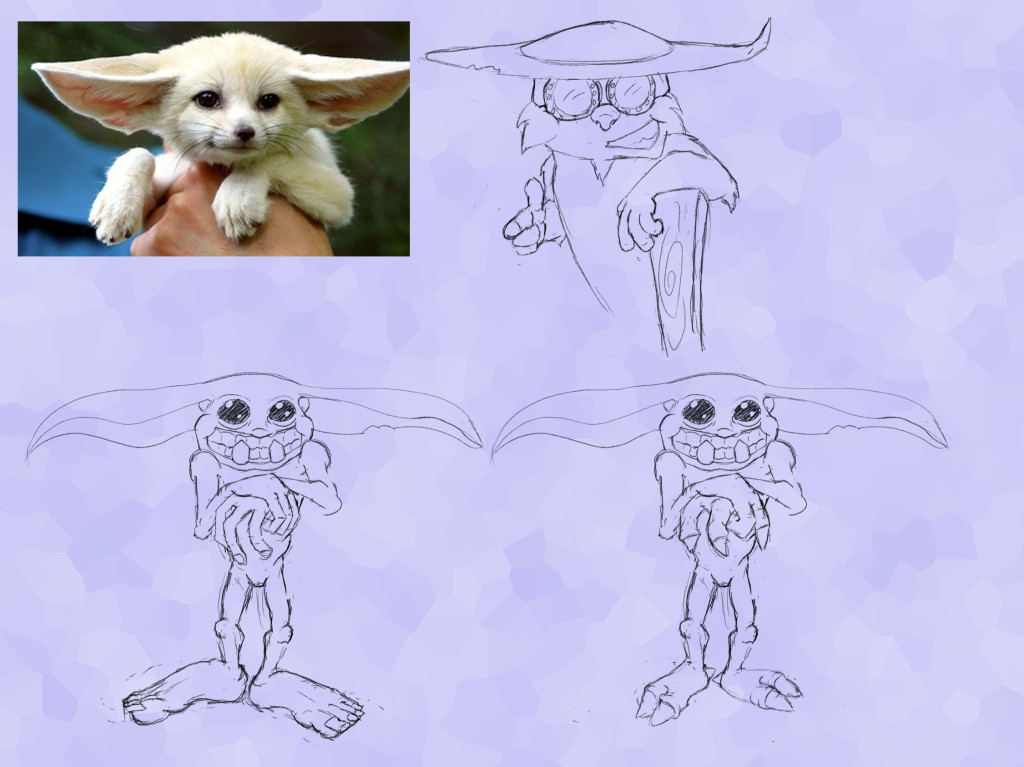 Arg I love that fox. Did you know that you can own Fennec Foxes in Alberta (my province) legally? And a baby one is only like $700?! And that’s as big as it gets? I would name it Fuzzers.

This is a good example of not just tracing the fox. The fox is already a creature. So I tried making the ears a hat. It was fun for like a second but then I decided big ears are more fun than big hats so I tried again. The goblin shows how I drew one thumbnail and then copied it to change the hands and feet. Never assume your first drawing is as good as it can be because it almost never is.

Here’s all the thumbnails I did for these images: 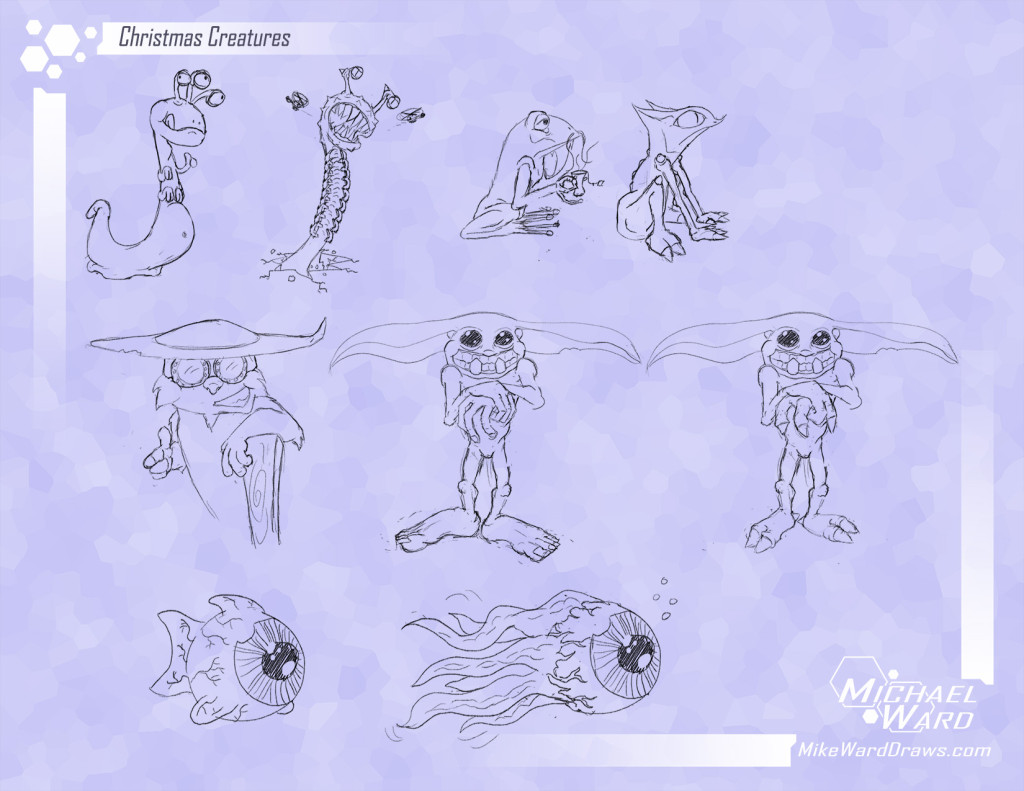 The eyeball fish I drew a long time ago when the baby wouldn’t sleep but tonight I tried turning the optic nerves into squid tentacles. I only spent a second on it but now I think I might want to do a finished version of it because it’s creepy. Needs longer tentacles.

What’s that? You think I’m done? HA! I decided to do this assignment twice! And this time I’m using Christmas images! 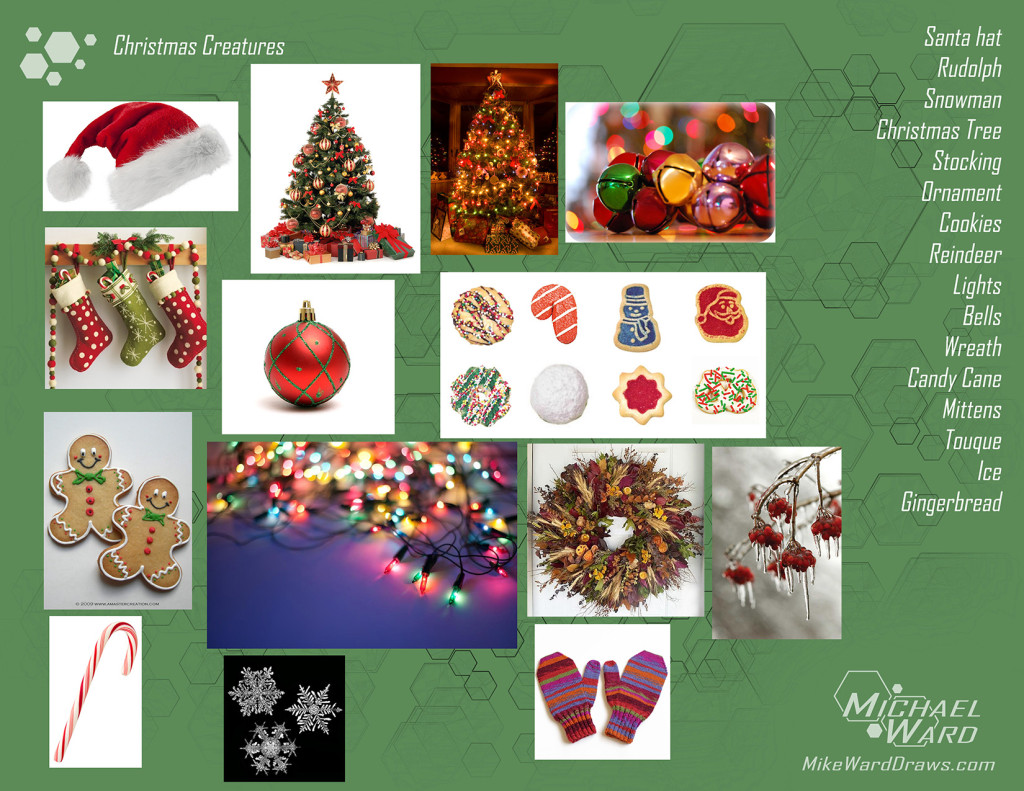 These creatures were WAY TOO MUCH FUN! Seriously. First the Santa Hat. 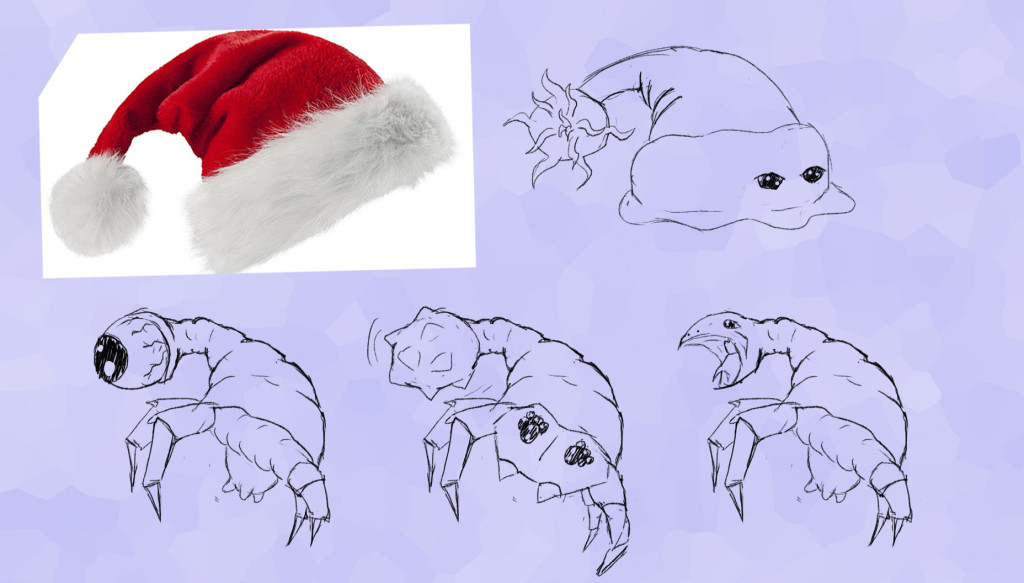 The middle one on the bottom with the wrecking ball tail is my favorite of the hat drawings. But the Christmas tree has been my favorite over all.

Haha oh man. So stupid. So fun to draw. My wife likes the fuzzy guy best out of everything I drew (She HATES the eyeball fish).

Anyway this is the whole page.

My wife has pointed out that the tiny creatures wrapped around the berries make them look like testicles.
…
I agree. And I don’t mind either. Testicle monsters are creatures too.

I have to do cityscape thumbnails too but that page is only half finished. I’ll get it done tomorrow. Night!