Once again I’ve screwed up a whole bunch of fundamental stuff. For instance his stupid flat face:

Actually the flat nose was deliberate. You see his girlfriend is a shovel. And before he left for work one day she kissed him on the nose… -NO IT’S NOT SUPPOSED TO BE FLAT! Was I blind when I handed this in? Here’s some grade A polygoning of how it should look.

See how it even covers the far eye? Yeah. And speaking of the eyes. They are flat too. And I don’t mean flat in the ‘Kristen Stewart flat dead expressionless eyes’ way 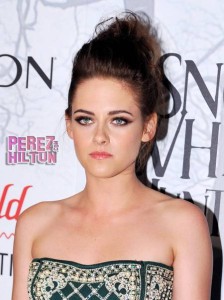 And there’s my new Halloween avatar.

Adrian did like my chains though. That’s pretty cool since I didn’t look up a single guide on drawing them. And they didn’t take all that long either. I think I’ll make a quick tutorial for drawing chains, by golly.

He said I did good on the pose though which is awesome since I spent a whole evening just coming up with that. There was other stuff wrong but instead I’ll tell you what was wrong with the other picture. (I’ll never run out of things that are wrong!)

For the most part he seemed to like it. At least the concept of it. I didn’t make it really clear that it’s modern day though which made the AC unit seem unusual. After talking to him I like the Medieval days better. It’s like The Flintstones but…you know… not The Flintstones. But the scale is off. See Smiles over there? He’d fit through that door no problem. But if you walk him over to the garage…

It’s barely bigger. How can he fit a car that can seat two people if he himself could touch both walls of the garage?

Anyway that’s enough stuff to work on for now. I better go draw noses a while.