(Obligatory sentence about needing to update this more)

First is a quick post (this one) to let you know what I’ve been up to all summer. Nothing ‘too’ exciting but there’s some new art and the like. The last post talked about my VR painting in Elite Dangerous. Well I did it again in Job Simulator because… just because.

That’s just too much fun. I have/had lofty goals of doing this in a bunch of VR games but I’ve been so busy the last few months it hasn’t worked out. Here’s the finished masterpiece. 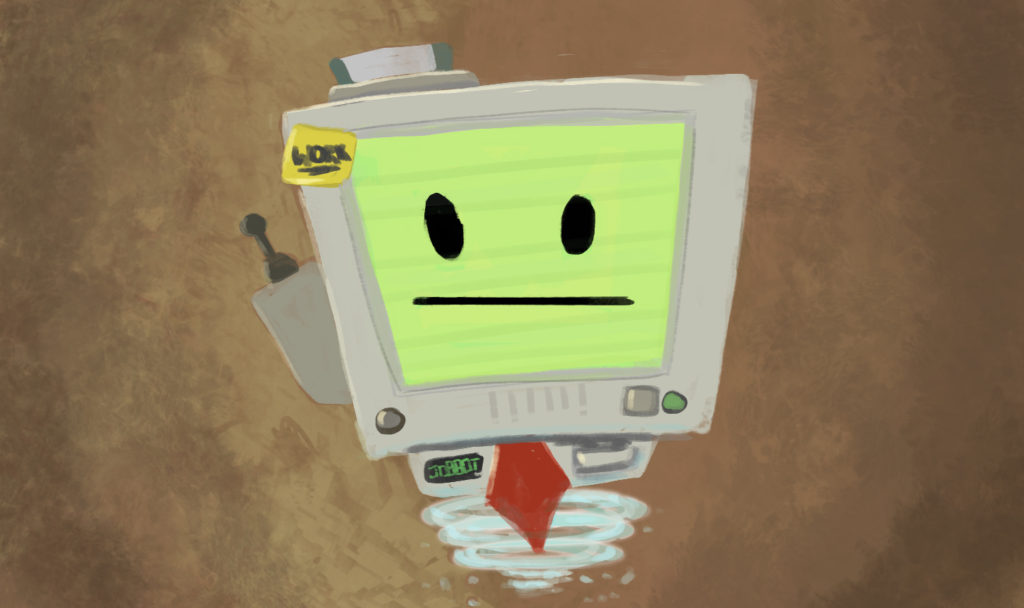 Yeah I’m great. I’ve actually ‘mostly’ only done fan-art this last little while. I’ll explain why in a second but here’s the 5 latest pieces: 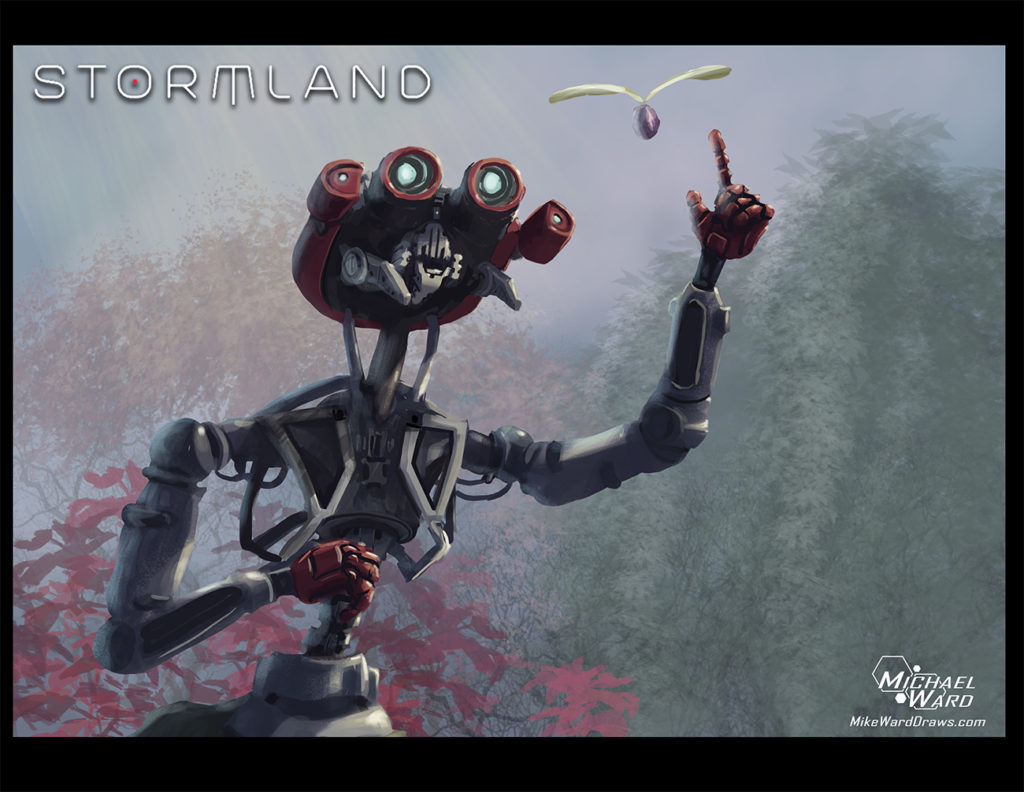 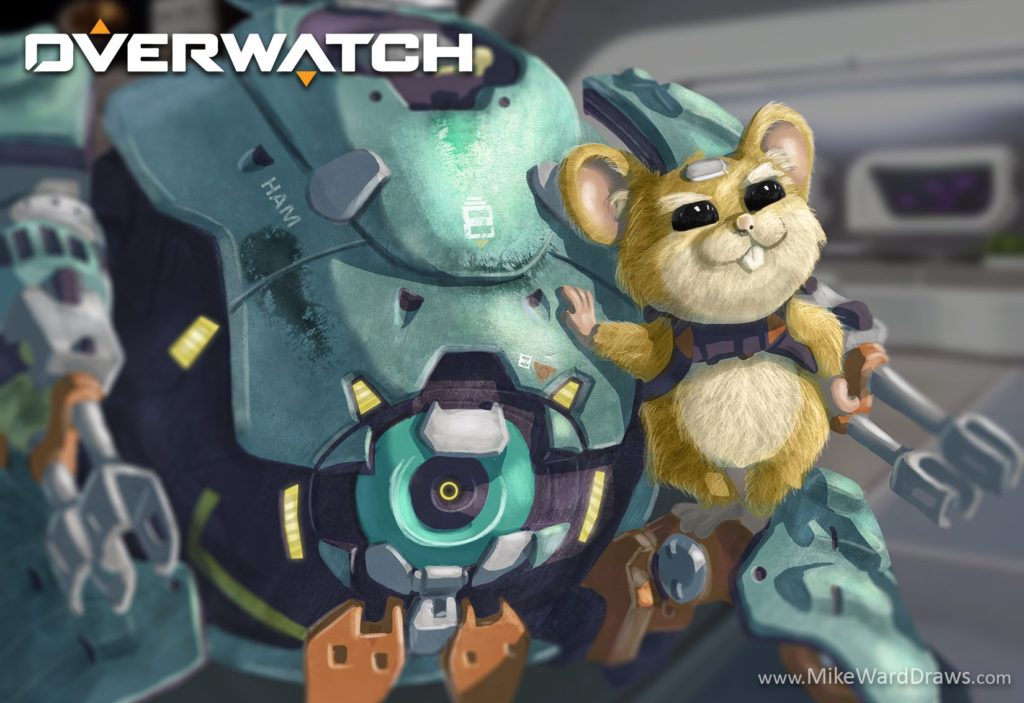 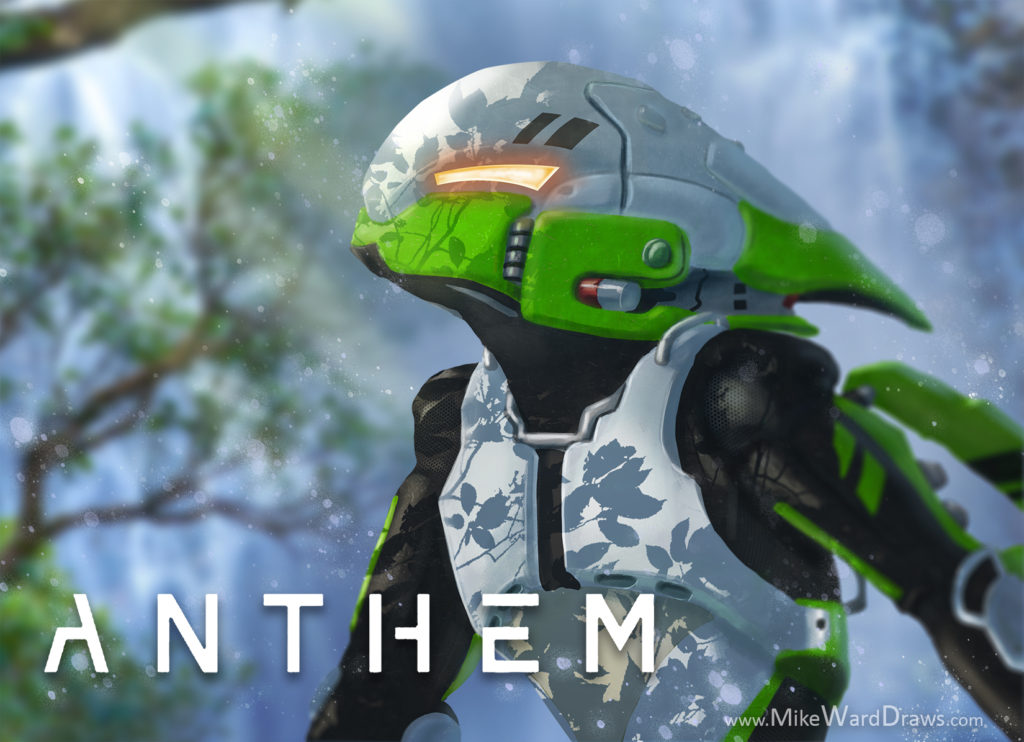 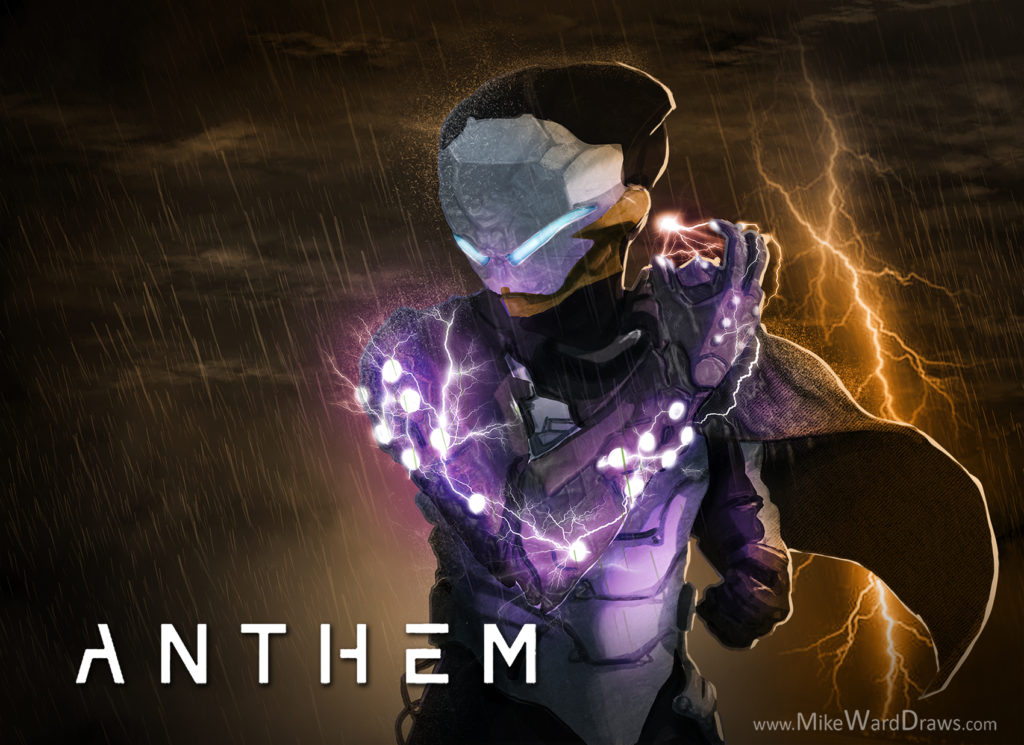 I’m really enjoying doing fan-art. The main reason I started was actually just to develop my painting skills faster. If I only paint original characters I end up spending hours in the planning and sketching stage which isn’t the part I wanted to work on. By doing characters that are already designed I can skip right to rendering. I think it’s paying off. These aren’t necessarily the sharpest paintings but the longest one probably only took 5 hours (the Overwatch Hammond Wrecking Ball up there) which is light speed compared to the start of 2018.

I used mostly the default photoshop brushes mostly out of laziness and so they aren’t as sharp as I’d like. The stuff I painted last year was way more crisp so I need to find a happy medium between the two that doesn’t take quite so long. I’ll get there.

I made animated gifs of the development for all of these but this post is already picture-heavy so I won’t put them here. You can find them on my facebook, twitter and instagram if you are so inclined.

Last year I started learning 3D modeling in ZBrush. I stopped after a while for various reasons but decided it was important I started up again. This time I started with Maya though because I don’t just want to sculpt. I want to learn the whole gambit including retypology, UVs, bump maps, etc. I followed a bunch of slick tutorials on the youtube and ended up making this (click the below picture if it’s not changing):

I left this one as a gif. I’m hecka proud of myself for rendering this scene in 3D but ultimately the final piece is not ‘that’ exciting. Seeing various steps and frames makes it slightly more interesting even if ultimately it’s very rudimentary. Mostly basic shapes like rectangles and spheres. I really like how the bump map on the earth made the mountains and textures stick out even though it’s just a smooth ball. Technology is so cool.

BUT ultimately I will be taking another break from 3D for a bit but I’ll get into that in another post.

Nearly done. I first wanted to show off the crazy thing that happened on twitter. I posted an old-ish drawing I did for fun of D.Vas mech from Overwatch and it blew up. Easily my most popular drawing to date. 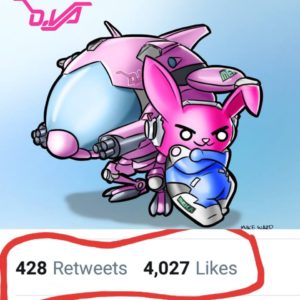 It really boosted my follower count. AND MY EGO! I know it’ll be a while before anything blows up like that again but that’s ok. It was fun while it lasted. And now finally I’ll just end this post with an art-dump of a bunch of stuff I made recently that doesn’t deserve it’s own post. It ranges from doodles to cartoons to photoedits and whatever. Mostly nonsense. You’re welcome. 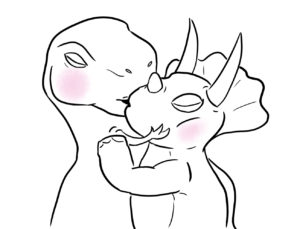 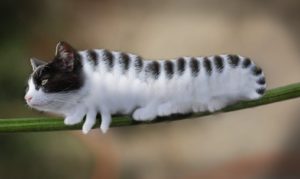 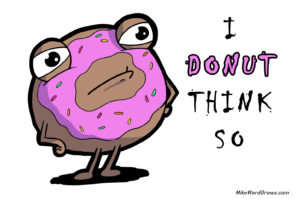 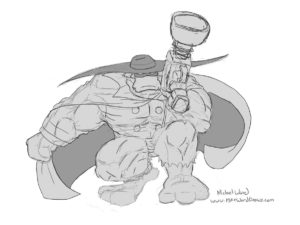 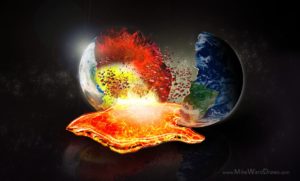 And there’s tons of other sketches and doodles and photos but they are even dumber than these. You really should follow me on the twitters to see everything. That place is my jam.