This will actually be a very short post even though it feels like it should be a long one. A Turnaround is when you show what a character, object, etc looks like from different angles. The assignment here was to show a character from the front as well as the back. I could use a character I had already created in the past or completely start over.

Using an existing character sounded like the smartest way to go. Especially since I was so far behind in all my assignments. But I knew that my previous characters were pretty complex and I wanted to do something simple so I could catch up. I did some simple thumbnails and I ended up with: 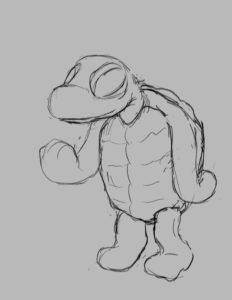 A turtle. A bad turtle. I figured it had smooth skin with almost no weird hairs or bones or joints or items that needed to be rendered. Plus since I had to draw him from behind it would be way different from the front image because of the shell.

I played around with it during the line art but for some reason I just decided it would take too long. So I went back and looked at the silhouettes I did in the first term:

Most of these didn’t seem really all that complicated but I wanted really simple. I decided the second guy from the bottom. The rabbit.

Then I did something I had never done before. I sketched, lined, valued, coloured and textured an entire character in one sitting. 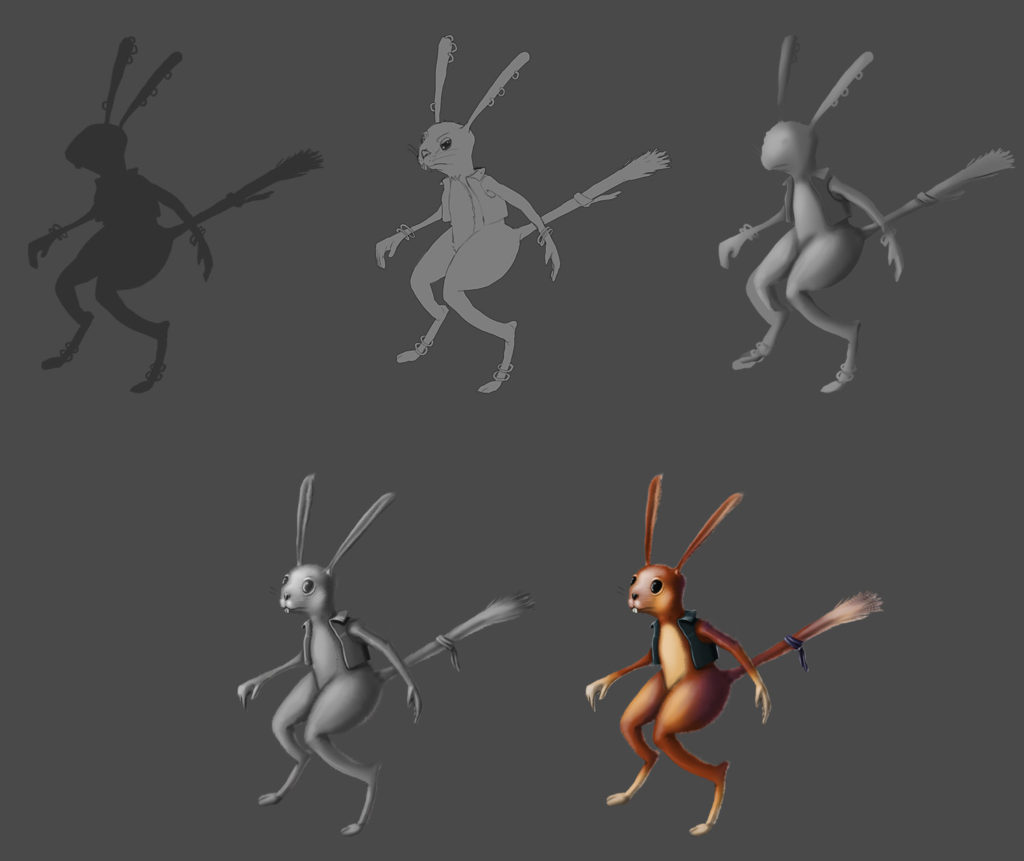 I’ll admit that the character is simple but man that felt good. For me I always sit down and think that concept art should take a long time. The professionals are fast and know what they are doing. I’m slow because I’m new.

This time I knew what I needed to do and I did it. The next day I sat down and I did it again. 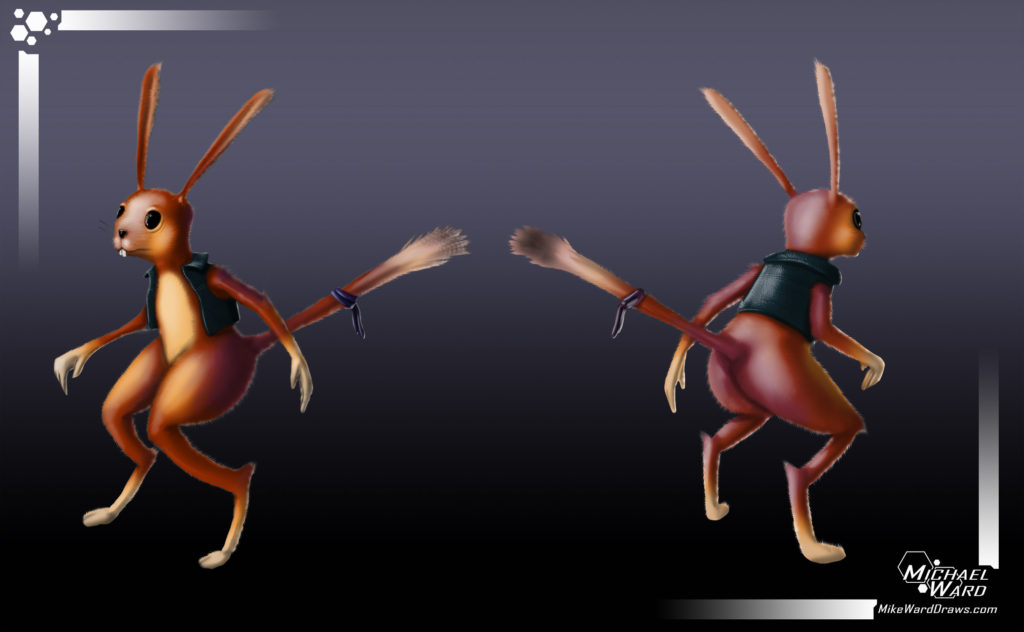 The behind side took a little longer (especially getting the legs into proper perspective) but it still wasn’t the struggle that most of my assignments have been.

My school, The Vancouver Animation School, works. It’s that simple.

Oh also I was pretty pleased with the colour of the character.