After months of character and creature designs the class has finally shifted towards environments. I will still be doing characters and creatures each week but they won’t be the real focus of the assignments. The assignments are also starting to become more specific as if I was hired to draw something for a client. I was given 4 options for environments and 4 options for creatures/characters.

For the environment I chose to do a Interior Computer Science Building. That’s all the description I was given. But as always I have to make it unique. If I just draw a picture of a regular every day computer lab then why hire me, right? They could just take a photograph of a real one.

So I’m doing a 1960’s computer lab from Americas side of the Space Race. Essentially scientists building a satellite in a room full of computers. 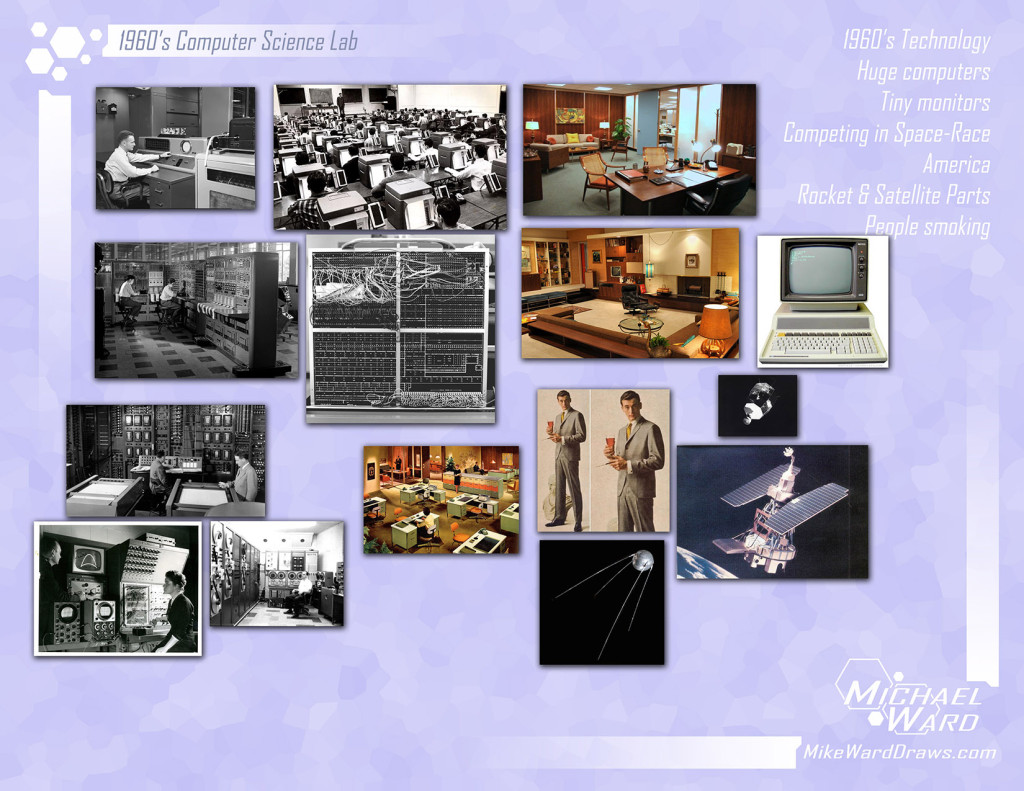 I love those big chunky computers. They will really give me an opportunity to play with Smart Objects in photoshop but I’ll get into that in another post.

I’ve also been trying to practice my thumbnails. The shots aren’t nearly dynamic enough but the perspective and scale are getting better. I had the critique on these thumbnails two days ago so I’m going to actually redraw them soon to make them better before moving onto the next step. The satellite needs to be the focal point.

For the creature I had to draw an eel. Just that. An eel. So naturally I decided to give it robot bird legs and arms. 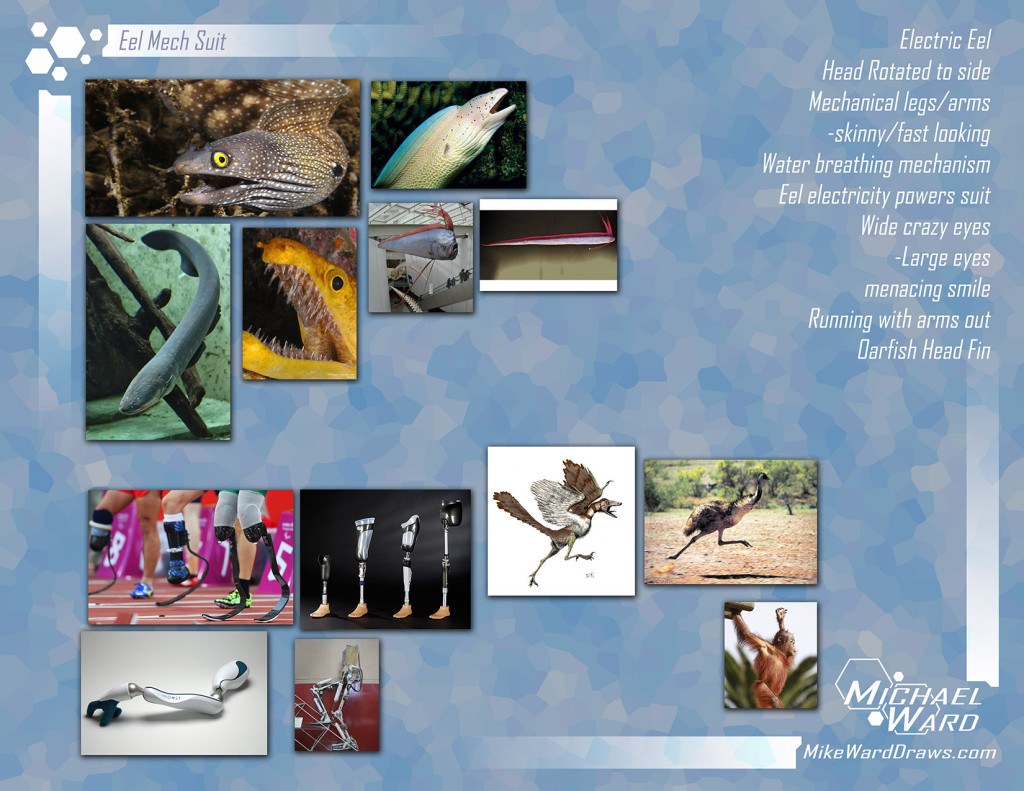 Paints a picture, doesn’t it? The thumbnails: 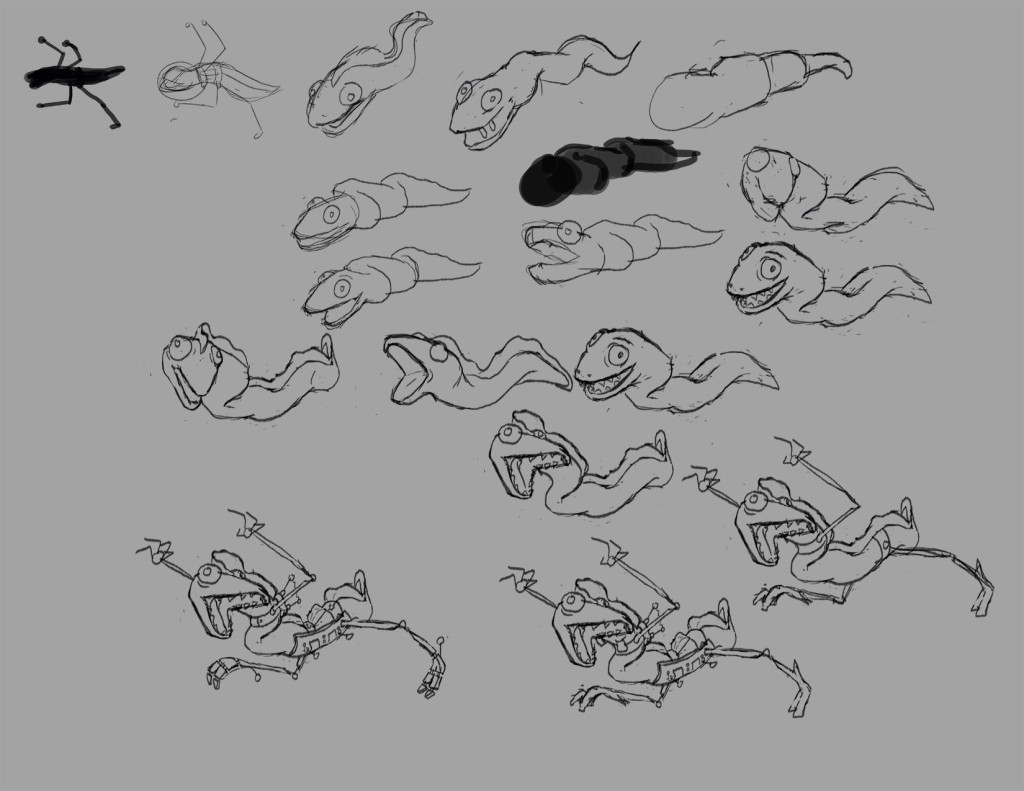 You can see how much I struggled with getting a good shape/perspective for the eel. I didn’t want it to have a perfect snake slither. I wanted him all loosy-goosy in an asymmetrical shape. Snakes move in a very wave-like fashion but eels are influenced more by the water movements. I think the legs and arms really give him some personality. Once I have him redrawn bigger I will play with more details and mechanical components.

And that is all. I will write again this weekend to talk about some new comics I’ve been drawing lately.