I’m a gamedev!
Yup. In the sense that I’m making / learning how to make a video game. I have been for quite a few months but I’ve kept it super secret. Well not really. Kind of secret. But now the cats out of the bag for one very simple reason:

I NEED PEOPLE TO YELL AT ME WHEN I DON’T WORK ON IT!

(I don’t know why I never use capslock when I write like that. I always just keep shift held).
I’ve watched hundreds of hours of GDC videos  and read dozens of articles about how to not fail while making an indie game and the number one suggestion is “Don’t Keep It Secret”. Telling people (especially people that give a darn) will keep you motivated. Not only because (hopefully) those people will be excited to see what you’re producing, but also because they’ll remind you when you’re slacking off.

For instance:
I have done ZERO work on my game for three weeks. Also I bought Monster Hunter World three weeks ago. Coincidence? maybe…

I solo'd Nergigante on my first try! I heard he was so hard that I WAY over prepared. #MonsterHunterWorld pic.twitter.com/9yd4wcxU0G

(It is so NOT a coincidence. Also, I main Insect Glaive. It’s awesome.)

So I’m going to try to talk lots about this game while I make it. Blog posts, tweets, facebook, instagram, etc. Maybe youtube videos?? If you REALLY care about what I’m up to I recommend Twitter since it’s where I’m the most active. I don’t know if I’ll make a website for the game or my ‘company’ or what. And if so, I don’t know if I’ll move this devblog over there. But for now I’ll only worry about the game and keep everything here on my portfolio website.

OH! Also I will occasionally be making comics about it. Because it’s a nice distraction and stick figures are super quick to draw. Plus comics. I mean come on. Comics. 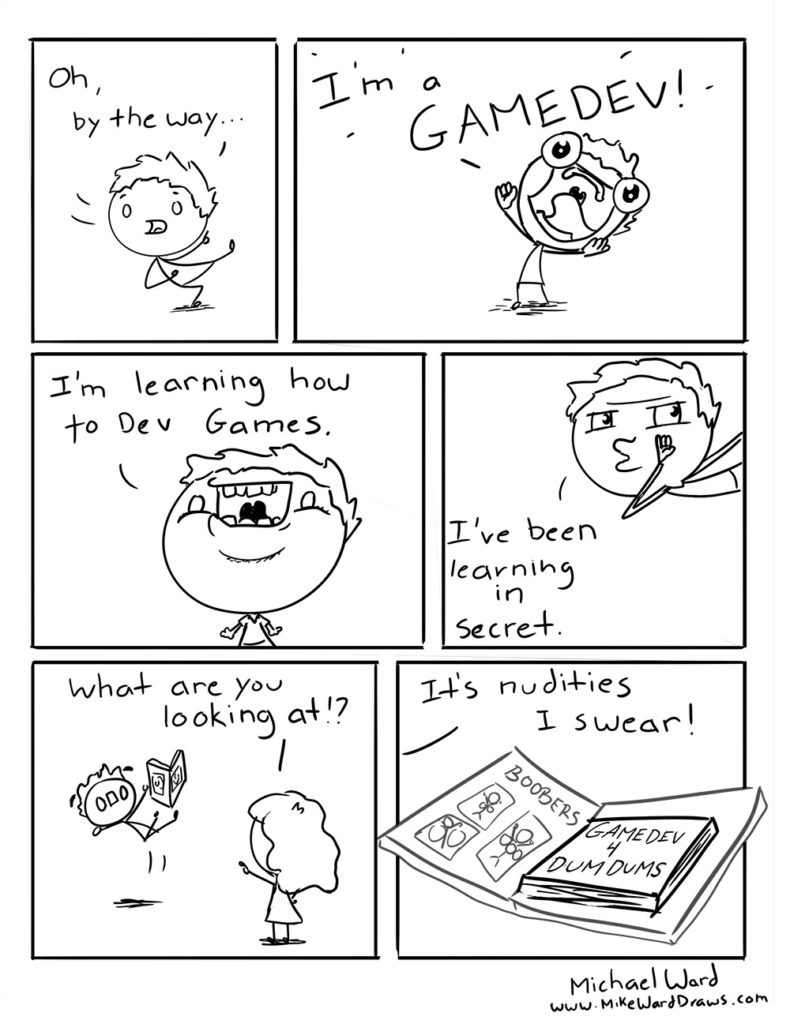