2nd and last post today. But I’m going to get serious for a moment before I get into the art. (No one reads this blog anyway)

Term 3 ended this week and I’m so embarrassed about it. I didn’t even realize that my last class was actually my last class. I was late on EVERY.SINGLE.ASSIGNMENT this term. I kept saying I’d catch up but I never did. I still tried hard with my assignments and I really think I’ve grown but I really missed an opportunity to learn from my teacher, Todd Marshall.

Todd is an amazing artist and he loves to draw dinosaurs and science fiction. Wait a second. ‘I’ like to draw dinosaurs and science fiction! My last to webcomics were about dinosaurs and space ships! But by having all my assignments late, I missed so many opportunities for one-on-one critiques on my images before running out of time to make the necessary corrections. I can’t imagine the knowledge I missed out on. He did his best to fill the class times with tutorials, of course, but it’s not the same as literally fixing my mistakes and teaching me how to prevent them.

But on-to the final assignment. The first paintover that worked for me! Finally I did it! Even my apartment from a few posts ago shouldn’t really count as a paintover since I only sketched over top of it and then never used the original image. This time though I started with a car:

Isn’t that just the dumbest/greatest thing ever? It looks like an aquarium… which is what I thought when I started sketching. The final sketch ended up like:

A fish driving a shark car! Super rad. My assignment was so late that I was practically starting it AFTER my last class with Todd. So when I uploaded the final image, it was the first time he even know what the heck I was drawing. Ugh. Sorry, Todd. 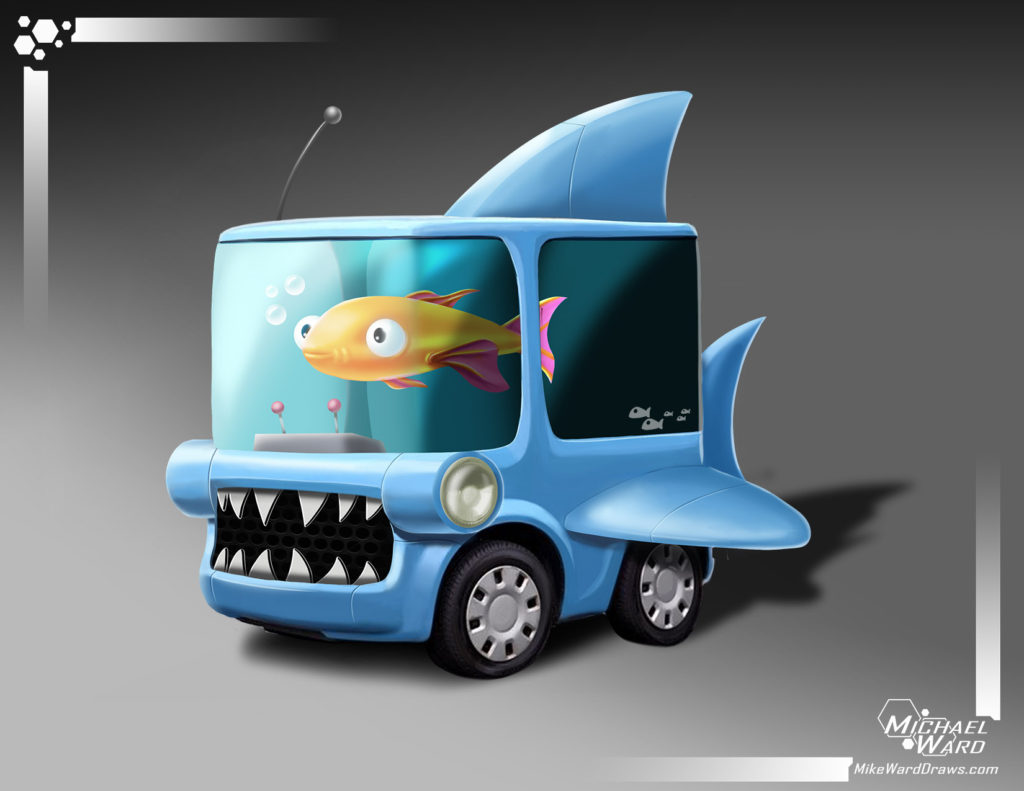 This was a lot of fun to draw. I love cartoony stuff. Can you believe Pixar still hasn’t hired me?

Term 4 starts next week and it’s supposed to have more assignments than the last 3 terms combined. I need to change my habits if I want to pass it.