Is this the longest title I’ve had for a blog post? Gotta be top 3.

I’m all caught up with my homeworks! It’s a good feeling. I was caught up last Wednesday actually but I didn’t write about it because I was enjoying not having an upcoming (or passed) deadline.

First of all though I updated my rabbit from the previous assignment. Fixed some obvious errors and textured the background a bit. 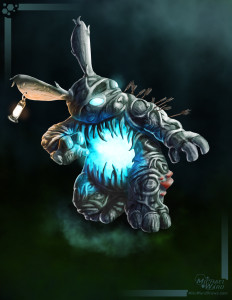 Feel free to send copies of him to Pixar and demand they hire me. 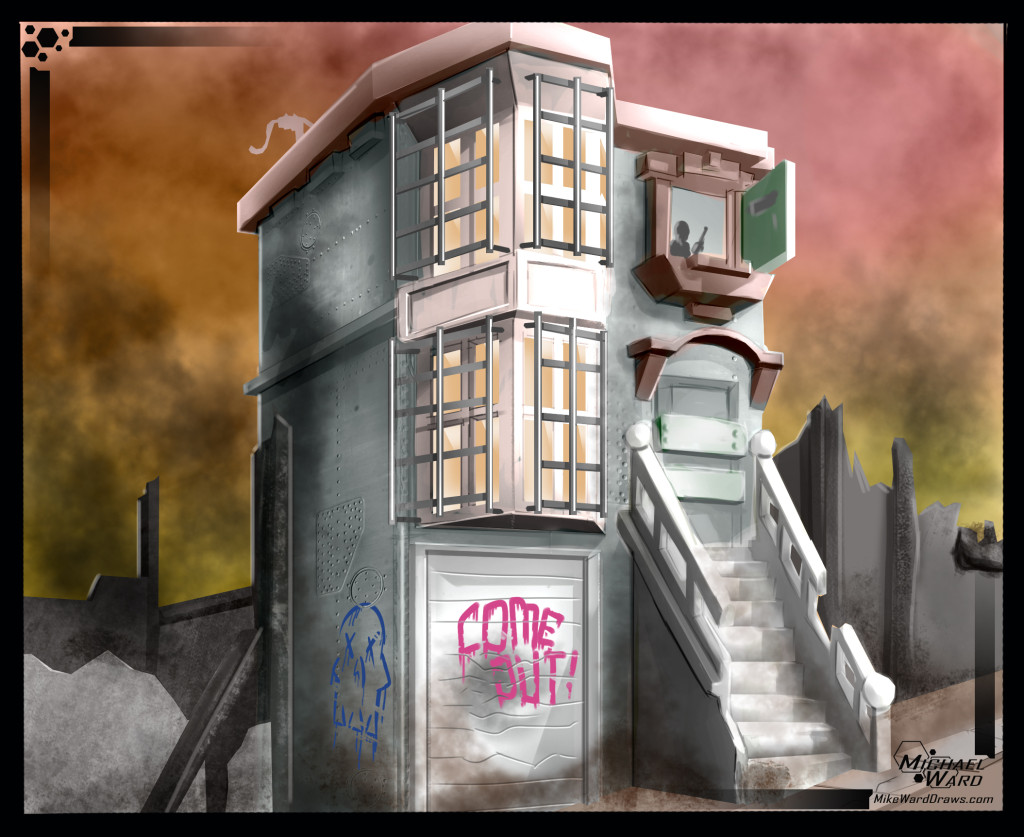 It’s rough, I know. The scale on the steps is completely off. The colour is messed up. But I still got 80% on the assignment which is cool. We haven’t actually started the official environment design classes yet. (It starts Wednesday!) It took me around 10 hours to actually make this one little house and my teacher made it SO MUCH COOLER in 20 minutes. 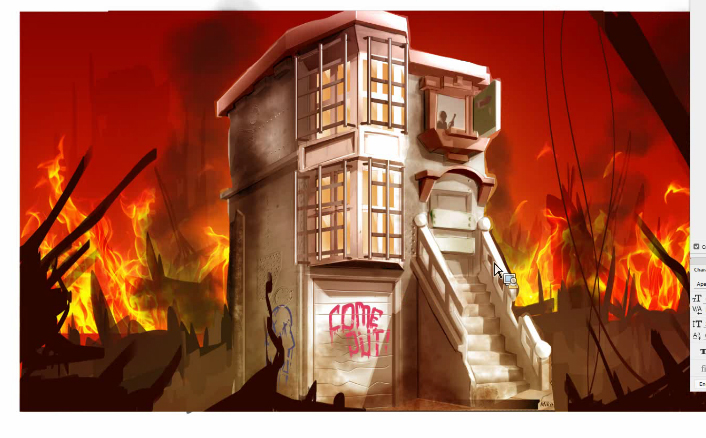 He doesn’t know I have this. I take constant screen shots during my classes to keep as personal notes. I don’t show them on the blog because JOIN THE SCHOOL YOU CHEAPSKATES! But I figure since I drew 90% of this it’s ok if I show it.

The biggest thing (besides all the destruction and fire) is the atmosphere. My original is a very grey building with a red sky. The building is grey, of course. But the atmosphere would bring the colour closer to the sky colour. He says I’m going to learn all about that starting at my next class.

Here is the process for the image I made even though I hate it now. 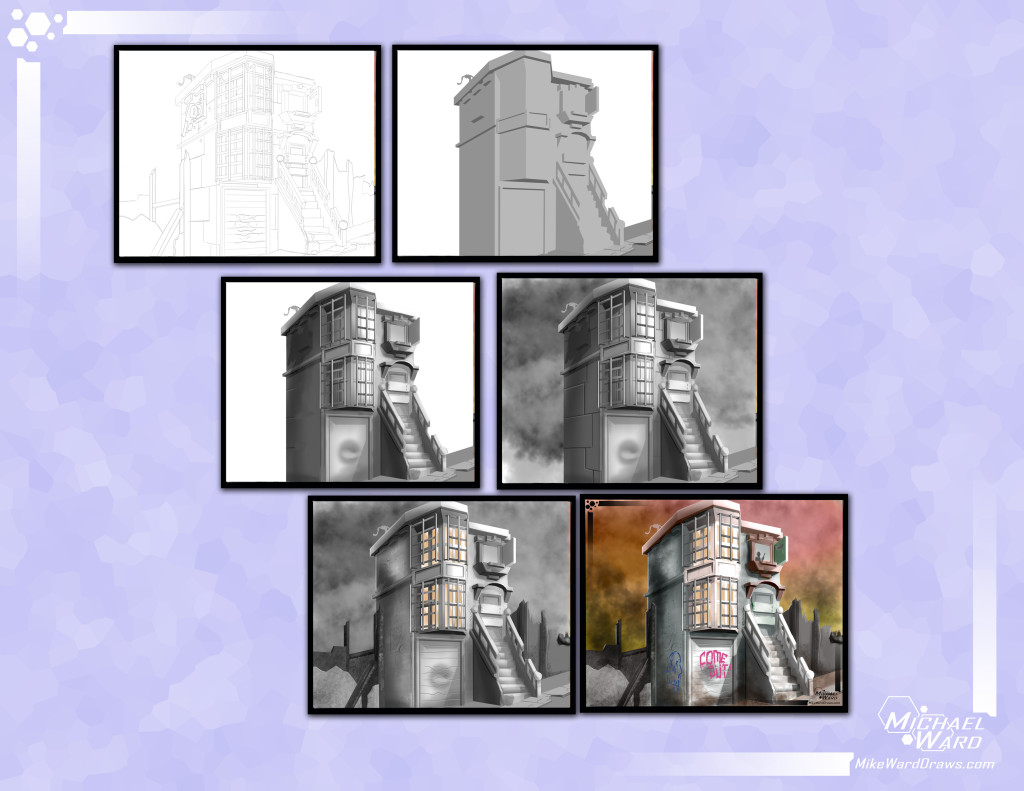 One awesome thing though was that he thought the second step was a 3D model I found. Why is that awesome? Because I just drew it in photoshop with the magnetic lasso tool. Haha. It was only to tell me which sides faced the sun and which didn’t. Adrian told me to take it as a compliment so I will, by golly. He said the perspective had to be pretty good to make it look like an untextured model. 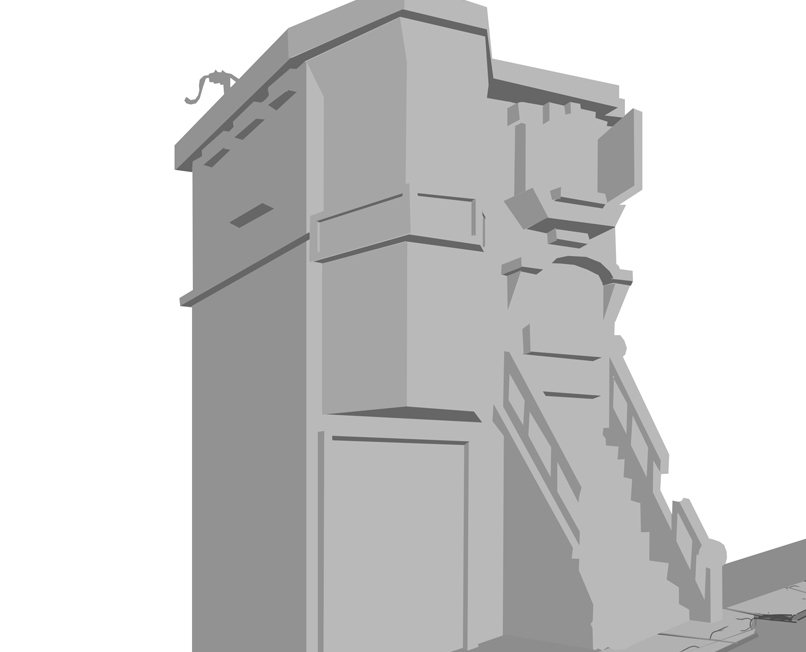